Bacterium-host interactions in the gastrointestinal tract 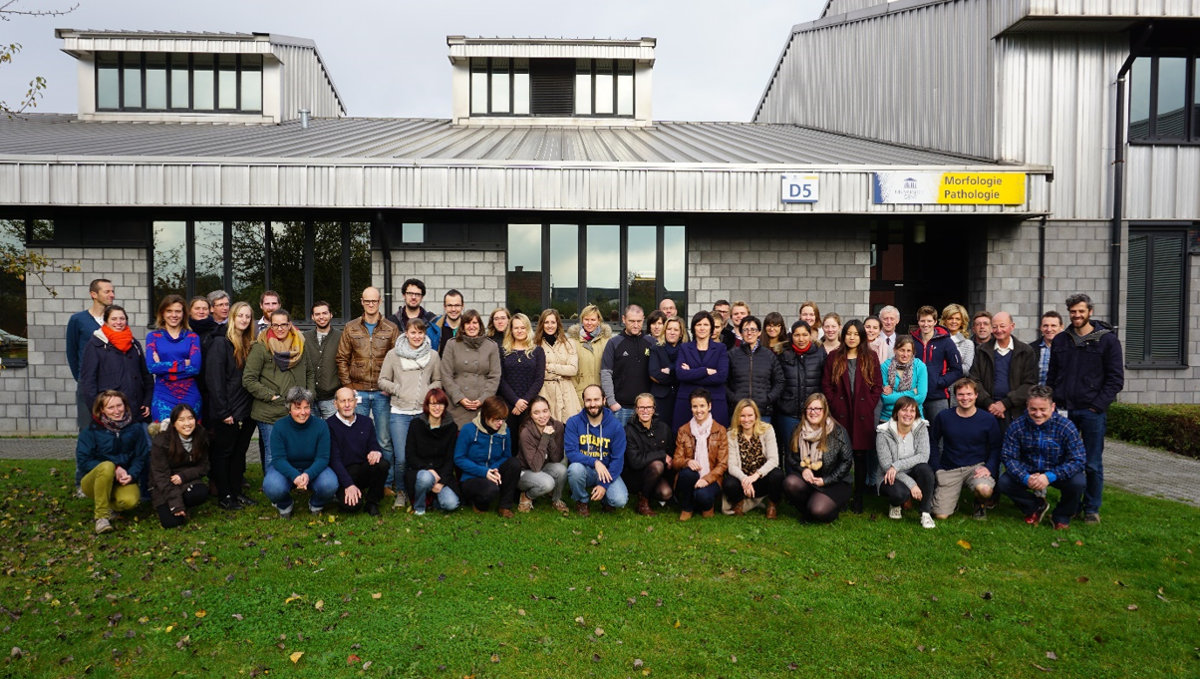 This lab studies the interactions between bacteria/fungi and the animal/human host. The main research goals are to understand gastrointestinal diseases, as well as how the composition of the microbiota in the gastrointestinal tract influences disease. This knowledge can then be used to develop science-based control methods, including vaccines and feed additives..

A complex interaction between micro-organisms (including pathogens) and a variety of host cells (e.g. epithelial cells) in the gastrointestinal tract is involved in maintaining or disrupting homeostasis and influences gastrointestinal health. The host samples and senses the gastrointestinal lumen content and is able to react to the luminal content (including micro-organisms and nutritional factors) by altering immune responses (in a pro- and anti-inflammatory way) and biochemical activities (e.g. gastric acid secretion, brush border enzyme production, cell differentiation). The type of host response to gut micro-organisms is largely dependent on the composition of the microbiota and their secreted molecules. The research group studies both the interaction between pathogens and the host and the beneficial microbiota and the host, and how the beneficial microbiota and the pathogens interact with each other, either or not by altering host responses.

With regard to beneficial microbes, one of the research lines focusses on the importance of strictly anaerobic butyrate producing bacteria (Ruminococcaceae and Lachnospiraceae) in maintaining gut homeostasis and prevention of infectious and inflammatory gut disorders in animal models, and promotion of colonization of these bacterial populations using nutritional methods.

With regard to gastro-intestinal pathogens, the focus is on various bacteria causing disease in animals and on zoonotic agents. The latter include Salmonella infections in poultry and pigs and Campylobacter in poultry. Disease-inducing agents that are of interest are, amongst others, Brachyspira hyodysenteriae infections in pigs and Clostridium perfringens infections in poultry and calves. Another research line aims to study how animal-associated gastric non-H. pylori Helicobacter species, in particular those that pose a threat to human health, interact with the host gastric mucosa and cause disease. More specifically, bacterial and host factors involved in gastric disease development are identified, using in vitro and in vivo models (pigs and rodents). The complex interactions of these micro-organisms with the gastrointestinal microbiota and how this influences health are studied as well. Since the inflammatory effects of gastric helicobacters are not restricted to the stomach, the effect of these infections on the course of neurodegenerative disorders, such as Parkinson’s and Alzheimer’s disease, is also studied.